“Fahrradfritze” at the Rose Garden.

At RAD-ROLF in Ringstrasse 27, Marco Schulze has been in control since 2018. In addition to regular bicycles, he also offers e-bikes (pedelecs/electric bicycles). Expert advice and bicycle repairs of all kinds are also available there. During the summer months, rides on a Chinese rickshaw are also on the agenda: whether for a wedding, a birthday, a first day at school or just a nice ride through the „Ostdeutschen Rosengarten”.

You took over the company from Rolf, but was there almost from the beginning. Would you tell us a little bit about the history and also why you decided to take over the business?
Rolf hat already worked in a bicycle shop her in Forst before. When changes were about to happen, he decided after some consideration with his family to start his own business. That was in 2010 and it’s been steadily uphill ever since. I’ve been in it since 2011. In the following years, the question of taking over the business came up again and again.
After some consideration, I decided to go for it and was able to slowly prepare for it. It is not easy to take over a craft business. Certain qualifications are necessary and so I had to attend the school again and take different exams. The practice was not a problem, but the theory – there I sat a few nights in front of the books.

What was the biggest challenge or what’s difficult?
Before the takeover, the biggest challenge for me was creating the business plan. I’ve never been good at putting certain things down on paper in great detail. In preparation, there was a training course at CIT, which helped me further and through which I got in touch with the management consultancy Jupe & Pohl from Peitz. Without the help and competent advice of Mr. Pohl, the takeover would not have gone so smoothly.
After the takeover, it was the changeover. Before, there were always two of us, Rolf in the shop and me in the workshop, now I’m mostly alone. Dealing with customers is a lot of fun and is versatile. However, in the beginning I had to get used to constantly interrupting my work in the workshop and being there for the customer.
However, it is difficult to do enough preparatory work so that I can make ends meet in the winter. Because the colder and worse the weather, the sooner the bicycle stays in the basement. It is and remains a seasonal business. In the winter months it is sometimes rather quiet.
Internet commerce is making it difficult to sell bicycles and accessories. Of course, as a small retailer, I can’t keep up with the prices on the Internet.

Were you able to benefit from the boom due to the Corona pandemic?
Statistics for 2020 have not yet been compiled, but I would say, from the feeling that the sale of bicycles has remained the same. However, the number of e-bikes sold has increased sharply.In addition, there were many more repairs. Bicycle tourism has also increased noticeably. 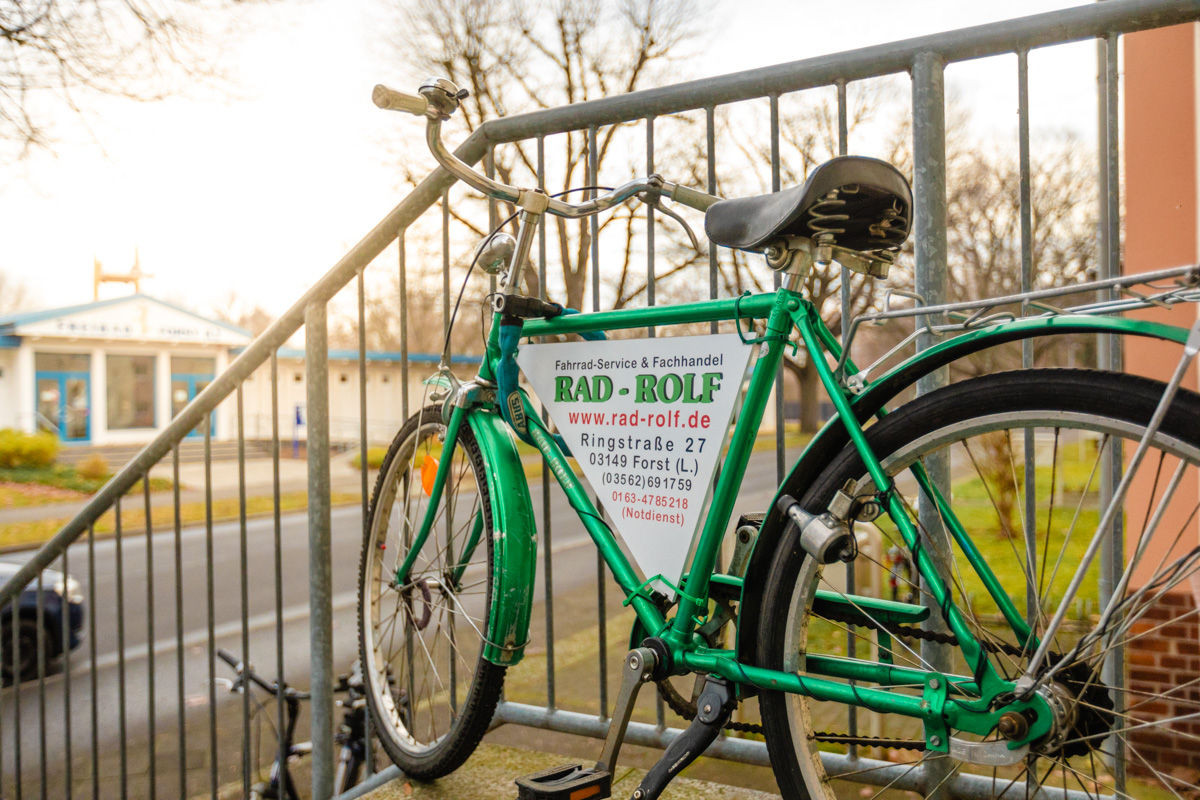 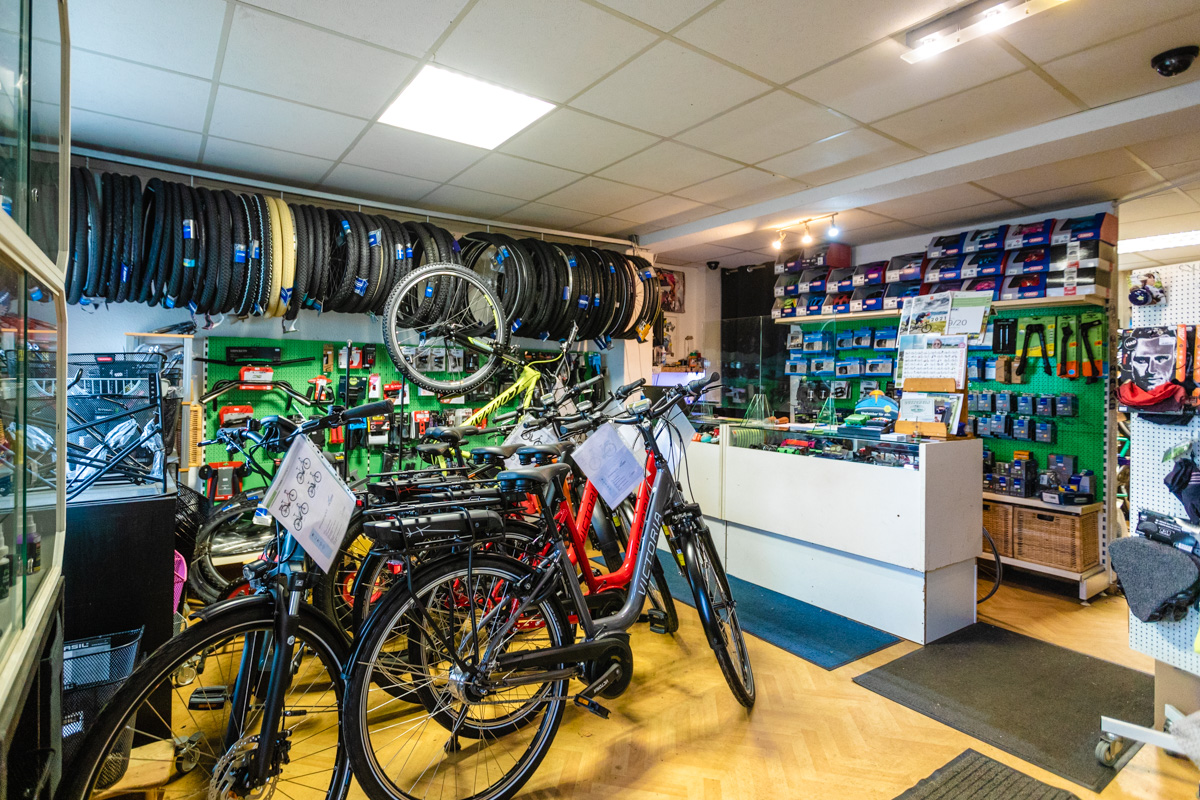 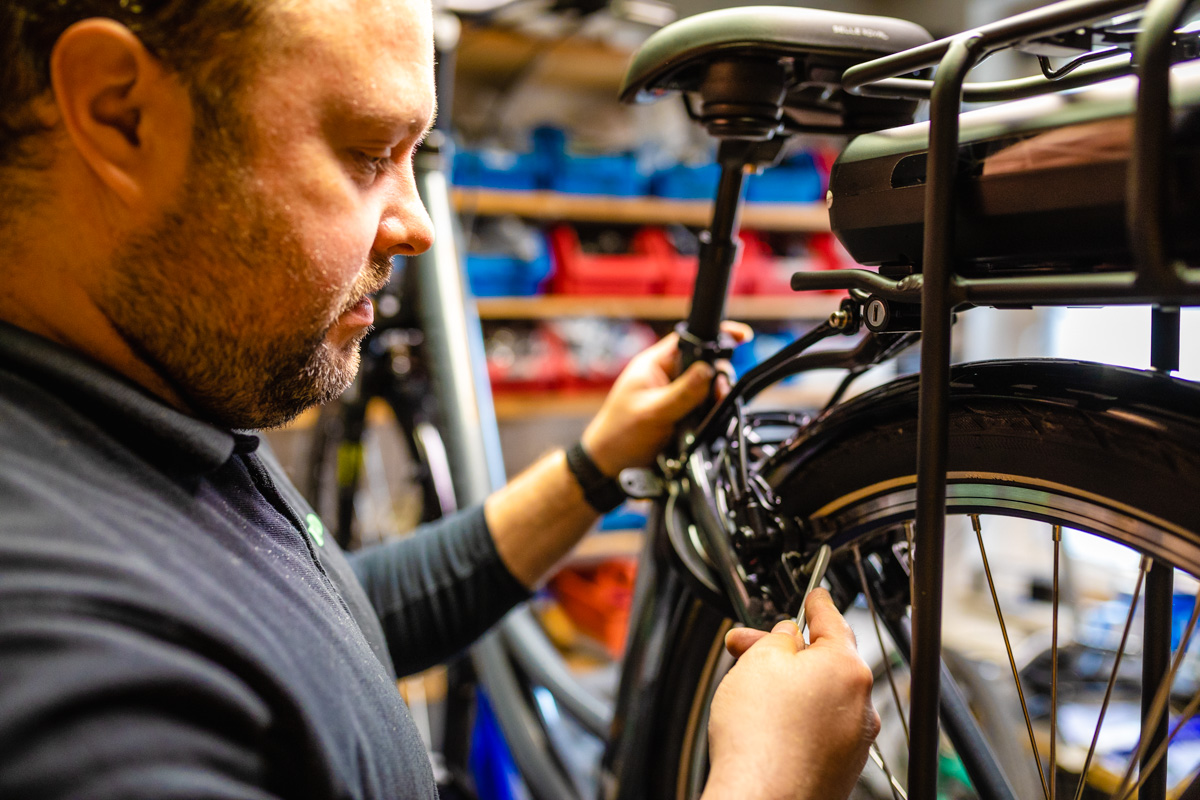 Do you offer something special?
I offer rickshaw rides through the “Ostdeutschen Rosengarten”. This is a very nice tour through the park, where the guest makes an appointment with me beforehand. During the tour, passengers will then learn a bit about the history, the roses and a bit more about the rose garden. The “Ostdeutsche Rosengarten” has been around for more than 100 years, so there are many interesting things to tell.
I also offer an out of hours or weekend emergency service for cyclists. However, this is predominantly used by bicycle tourists in the summer months.

What are your plans for the future?
Oh, I have many plans…
I’d like to have a bigger business and I’d like to hire someone. But I can’t think about that until the business becomes more stable.

If you had one wish, what would you like from the city council?
For business, I find it very unfortunate to have a parking ban right in front of the store. Otherwise, I think the marketing of the city should be better. Cycling tourists are usually guided past the city. You should come up with something to increase the attractiveness. Forst has an interesting story, which can still be seen in part. Retailers would also benefit from this.

How important is Forst to you?
My roots are mostly in Forst. So far I haven’t been away and would really hate to leave. Home is home.