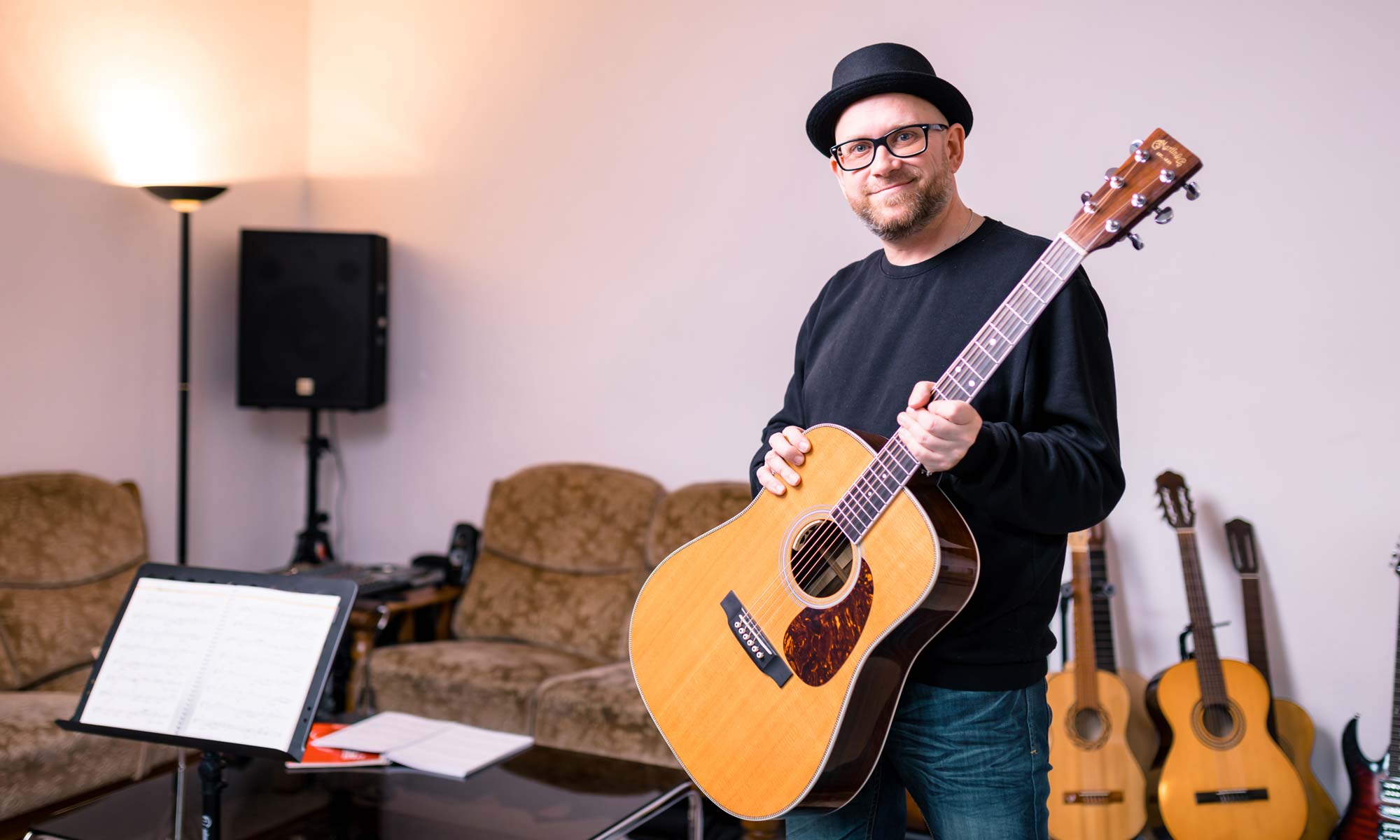 Sven Sonsalla has been teaching guitar at Frankfurter Straße 17 for 15 years now.

How did you get the idea to start your own business?
I trained as a heating engineer/gas and water fitter at TGA straight after leaving school in 1991. That went on for 3 ½ years. After that I worked at the TGA for a while and then did alternative civilian service. I founded my business on the 1st October 2004.Prior to that, I completed a nine-month training course for future self-employment. I was out of work for a year and I said, “I want to do something on my own. ”
The starting point, however, was that I won a special prize as the best guitarist in the state of Brandenburg at the state youth rock competition in 2000. So I figured something had to be done with that. I just wanted to stay in Forst and not go somewhere else to find work.
I wanted to earn my living with music most of all and originally wanted to start a music business. But I was advised not to do that. I then founded a “Ich AG”. That was optimal for me. In the course of the time I could earn my money with it, so the biggest part always with the guitar lessons and a part to it always with making music.
Now my wish would be that maybe next year I would give up the Wednesday classes in Cottbus and really only be in Forst.

What do you like about your work and what was the biggest challenge?
I certainly had to learn a lot. I was able to play guitar, but now I had to learn a lot of know-how. Together with the students, I was able to learn a lot over the years. At the music school I learned classical guitar and later taught myself electric guitar as an autodidact. I think the biggest challenge when you’re self-employed is to stay on top of it all the time and to motivate yourself to keep going.
Well, the beauty of being self-employed is that you’re responsible for yourself. Of course, it’s nice to teach someone something. But most of all, I’m totally happy about being responsible for myself and being able to do what I love and passionately do, playing music, playing guitar. Music is a very important thing for me. I think I deal with music completely differently than most people, because I’m looking for something completely different. When I listen to music, it’s about feeling something. I don’t judge someone by how well they do something, but whether they make me feel something. So many people have it who don’t even know it, but many don’t either… 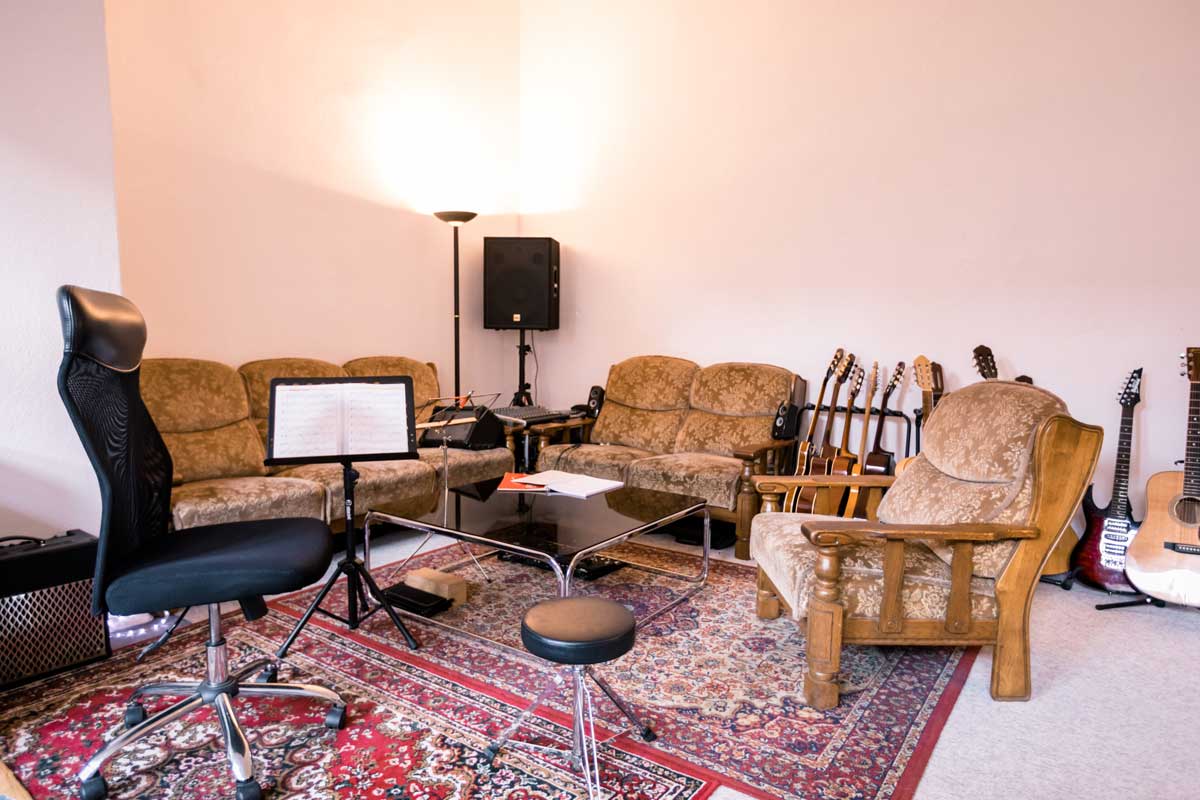 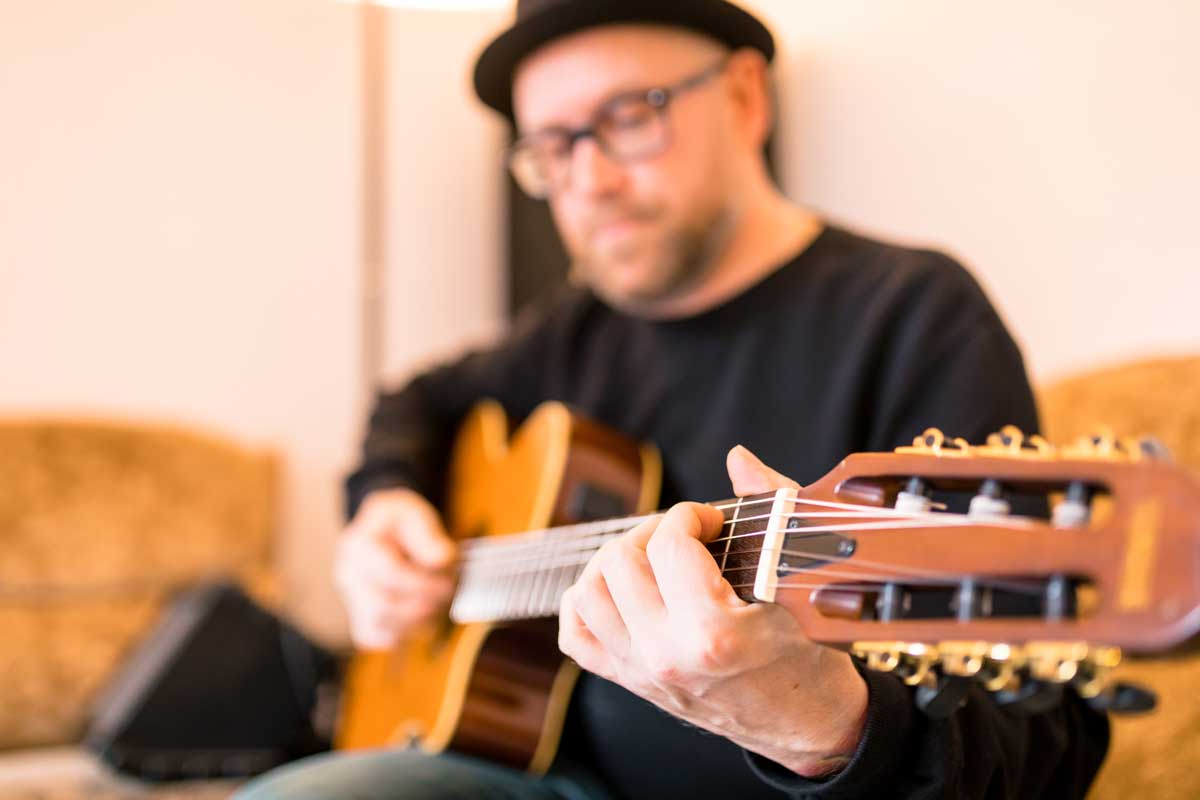 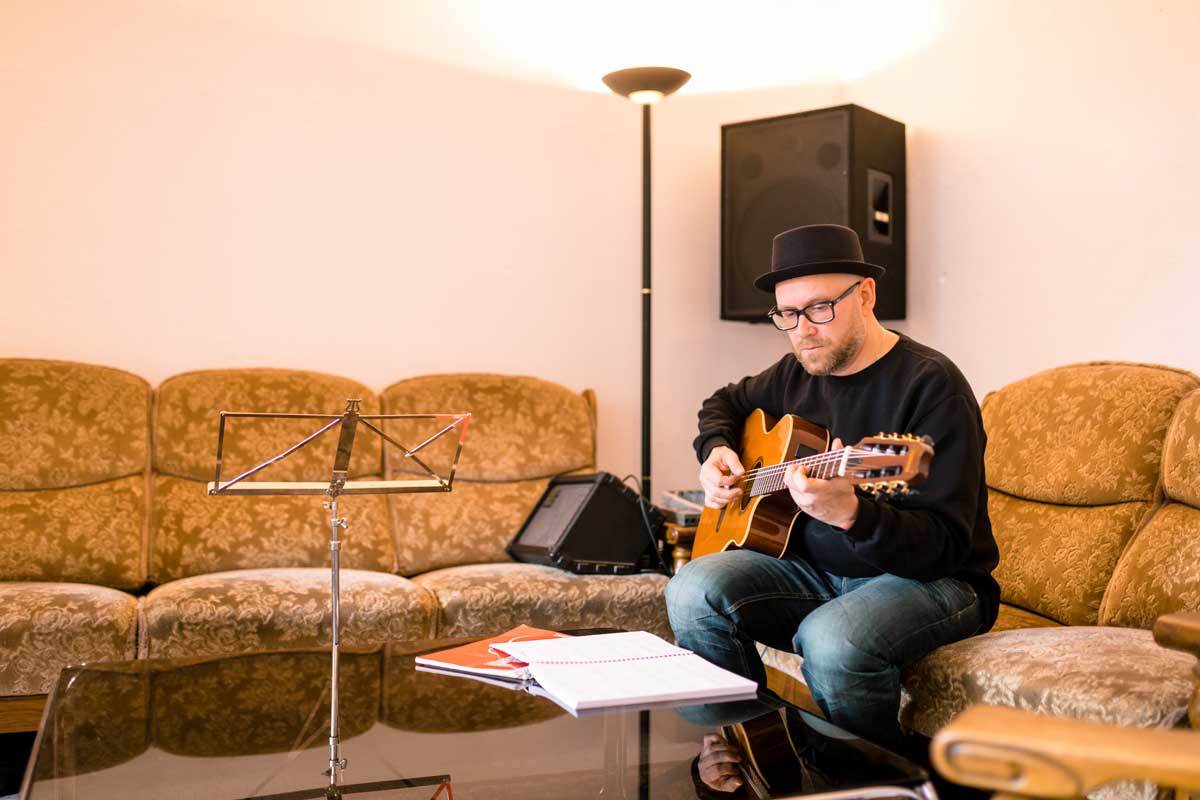 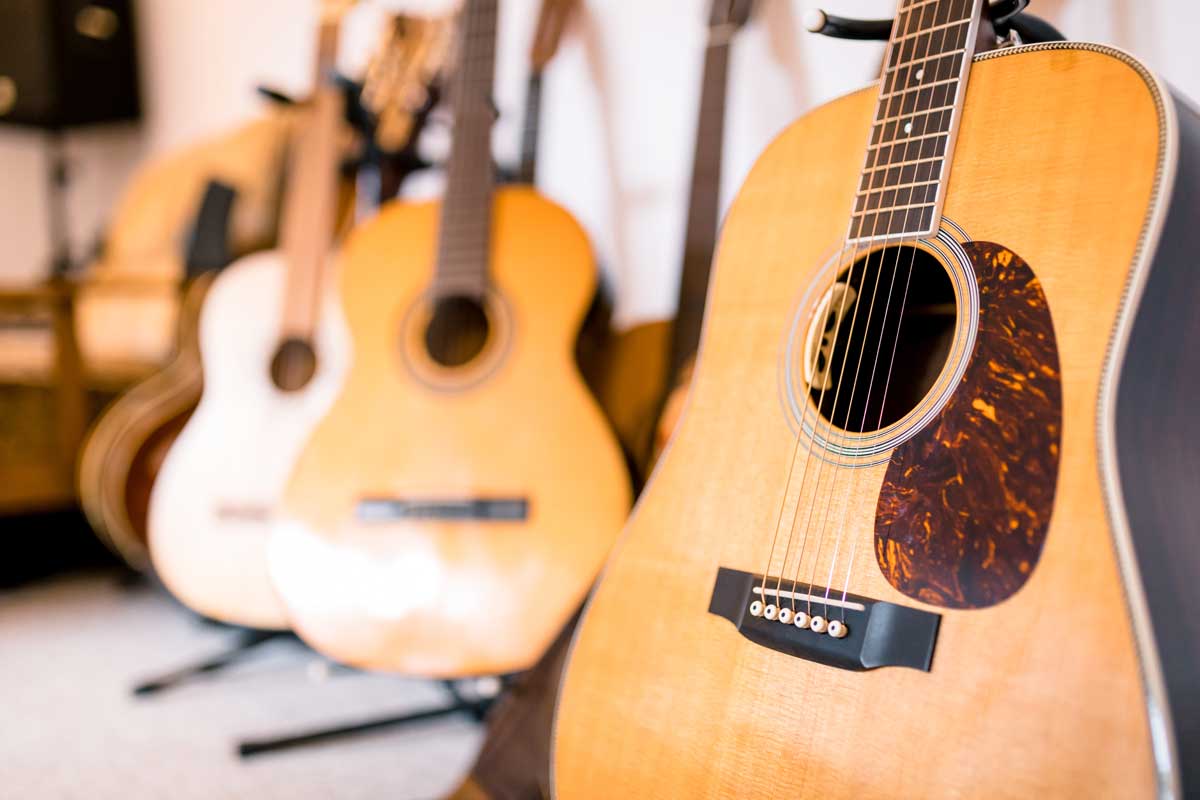 What are the typical students who come to you, is there a certain age group?
There are primarily children from the 1st until 12th/13th class. The new ones coming in are very young right now, 6 to 7 years old. When I started there were more teenagers around 13/14/15 years old who really wanted to start a band and did, especially with electric guitars. I also have adults who just want to learn this for themselves. There have been some who have been my students 12 years out of the 15 years since I have been teaching.
” Regular customers,” yes, I really do have them.

What does Forst mean to you?
There’s a reason why we stayed here. We are attached to our homeland. I never really wanted to leave and I was glad we always had our living here. I like Forst and I love living here.