Showman family in the fourth generation. 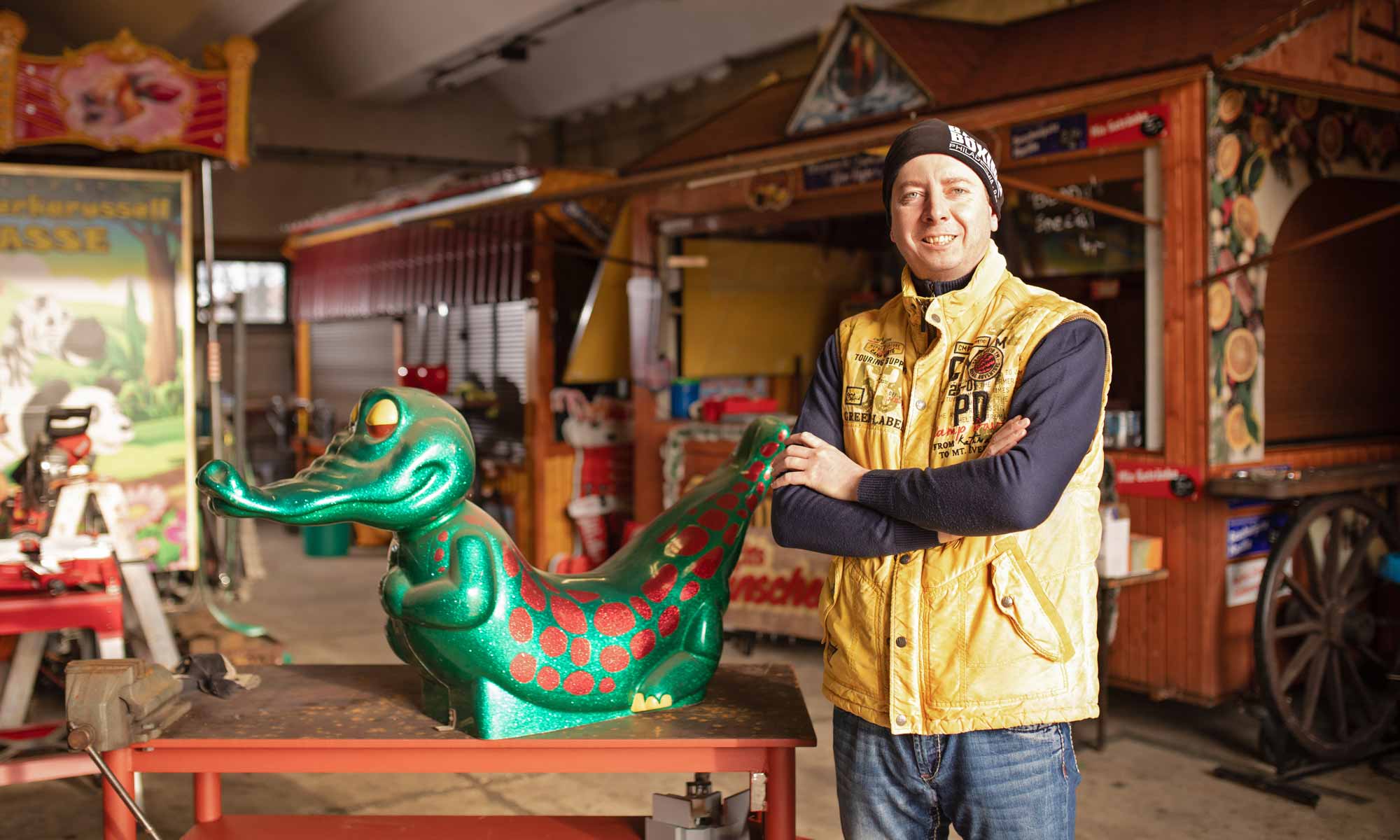 The showman’s company Sperlich is represented at all the important city and folk festivals in the region. Marcus Sperlich and his employees love their job and wouldn’t want to do anything else. “Actually, our week is planned through, just like yours,” says Marcus Sperlich. “the only difference is that we can spontaneously take two hours for ourselves.”

Why don’t you tell us something about the history of the company?
We used to be a circus family. My great-grandfather and later my grandfather were already travelling with the circus. But since almost all the private circuses in the GDR were expropriated, my grandfather had to look for a new line of business. He then founded the showman’s business, which is very similar to the circus. After the fall of the Berlin Wall, we had another difficult time, during which we tried out a lot of things. In the end we came back to showmanship and in 2002 I took over the company from my father.

Was that always your dream?
Actually, I wanted to take a different path, but after two internships with companies, I realised that what my father had been doing all his life was best suited to me. So I chose this career path.

What do you offer?
We have a children’s carousel that is also rented out from time to time. It’s always funny to see that most of the children want to go on the bike instead of the other rides they don’t know. Then there’s a big carousel, the Rock Star, and we also have the Caribic Bar and our Stork’s Nest, a snack stand.

How far do you travel?
We travel here within a radius of about 200, 250 kilometres to the events. In autumn there are a few events that are a bit further away. We showmen don’t take each other’s work away. We mostly stay in the region. Besides, you also have to calculate the costs when travelling to events.

What role does Forst as a location play for you?
Forst is my home town. I grew up here. My friends are here. My children go to school here. It is a pity that there is no longer a town festival in Forst. The Water Tower Festival was always a nice event, along with the Rose Garden Festival. It would be nice if there was a town festival again.

Rides and amusements for everyone
Drinks on sale
Food outlets